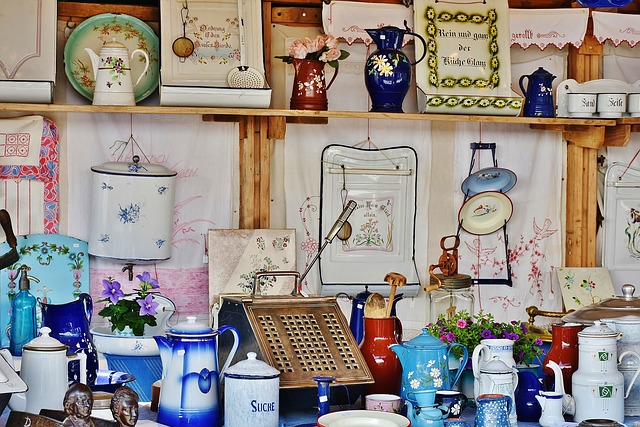 I’m pretty excited to share with you all that I have completed my first successful flea market flip! Woohoo, cue the confetti, somebody!

I’ve gotta tell you, I was getting so discouraged that I was thinking about doing a post on all the side hustles I’ve tried that just didn’t work for me. I was beginning to think that all these posts about ways to make extra money were just leg-pulls…in fact, I will tell you that I read one about “how to make $50 this weekend.” I thought that should be pretty useful, because if you’re reading about how to make $50 this weekend, you must be $50 short on your rent or groceries, or maybe you need to fill up the gas tank for work next week, right?

Yeah, so then I got to the part about how you could rate music on particular website that I won’t name, but that I have personally tried. Let me just say, if you’re trying to pay rent from rating music on that site, you might as well get used to the idea of living under a bridge. Pennies are what you’ll make there—pennies! And so few of them, so slowly, that you’ll probably never reach the minimum amount required to move the money into  your Paypal account.

So many “awesome” side hustles I’ve tried have been exactly like that: a total waste of time. But anyway, I digress, so let me get back to the good part of the story.

Historically I’ve always been enthusiastic about buying clothes at thrift stores, but since moving to my current home, the local thrift store has let me down when it comes to clothes. I always noticed, though, that for some reason they seemed to have a really great selection of wall art. I looked for pictures there several times, and even though they never had exactly what I needed, I never failed to see some really good framed art that I figured somebody would like.

The thrift store is near my office, so one day at lunch I popped in to check out what they had. I wound up with one very large print in a beautiful frame, and then a beautifully hand-embroidered work in a more rustic frame. I paid $20 total.

I came home and took some nice photos of the large print along with close-ups of its distinctive frame. An extra step I went to was to locate the print on Amazon by uploading my photo of it and doing a Google image search. In this way I found the name of the print and the artist, and I took a snip of the Amazon page so that I could show how much a person would pay for the print alone if they bought it unframed. (47 bucks, btw!)  I couldn’t find the exact same frame for sale anywhere, but I have bought several in recent years, so I could truly say that I felt sure a buyer would pay more than $50 for a new one. With this info I was all set to advertise it.

I advertised it first on my local SwipSwap. SwipSwap is a Facebook group, and there are two in my area with a combined total of about twelve thousand members. I was half expecting someone to snap my beautiful picture right up, but when that didn’t happen right away, I downloaded the apps for LetGo and OfferUp and posted it there as well. A couple of days later it still hadn’t sold, so I put it in the classifieds on Nextdoor. (It’s an app to connect people who live in the same neighborhood but mine actually encompasses 17 local neighborhoods.) Finally, getting a little desperate, I put it on Craigslist. I also lowered the price from the $40 I started at, to $25. (Remember, I bought two things for just $20.)

So then a week went by, with no takers, and I felt foolish every time I saw the big picture leaning against the wall in my hallway. “You and your dumb ideas,” it seemed to say. “All you did was waste money, not make money.”

But then, just when I least expected it, I got a message from a lady who wanted to come and pick it up. And interestingly enough, she responded to the FORTY dollar ad before she realized I had later lowered the price. She did eventually realize it and of course I sold it to her for $25, but my point is that if I hadn’t been so hasty to lower the price, she would have paid $40.

So I’m stashing my $10 profit in a special spot, and I’m about to advertise the other embroidered wall hanging I bought, because it will be perfect to give to a Mom or Grandma for Mother’s Day. Once that one sells, and I believe it will, I’ll stash the profit from it, as well, and then take my original $20 seed money and go back to the thrift store to buy something else to flip.

Don’t laugh at me for being so excited over a few bucks, now. 🙂  Dollars do add up, and with the ability to advertise these things online for free, this feels like money for nothing! 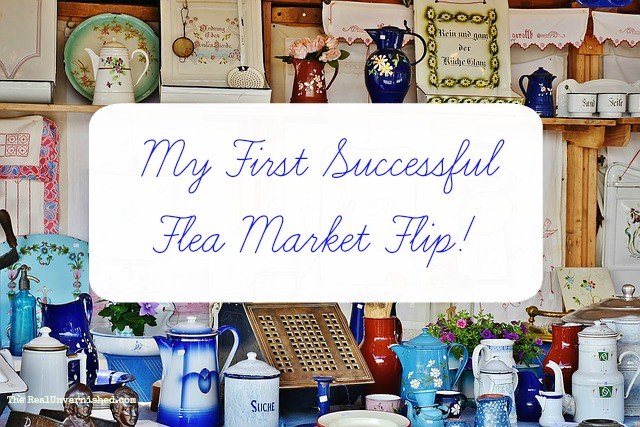 One thought on “My First Successful Flea Market Flip”